Julio Radilović – Jules (1928) began his career in 1952, making the comic ‘Neznanac’ for Horizontov Zabavnik. A couple of years later, he began working for the German market, where he teamed up with writer Zvonimir Furtinger. In 1962, he transformed into comics the Edgar Wallace novel ‘Sanders of Africa’, again in cooperation with Furtinger. The Radilović-Furtinger tandem also started the detective parody ‘Herlock Sholmes’, which among others ran successfully in Plavi Vjesnik until 1972. In 1977, he started the World War II series ‘De Partizanen’ for the Dutch magazine Eppo. 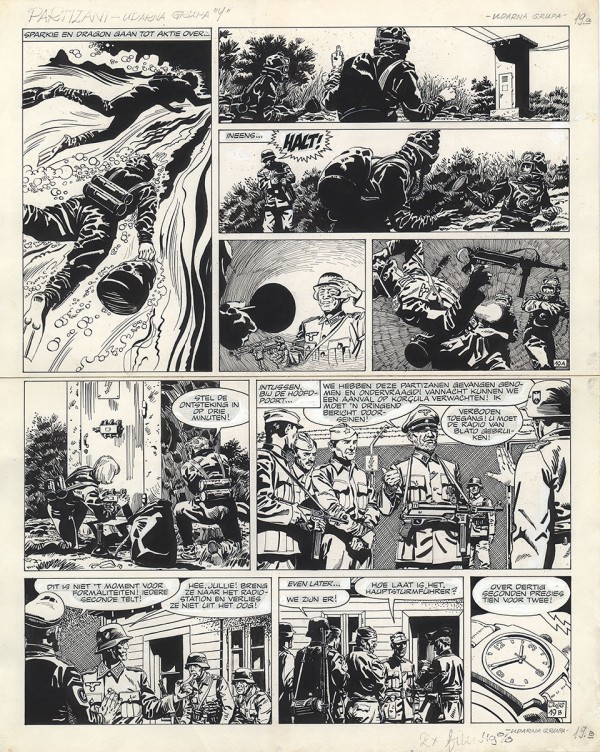