Ribera (1927) began his career in Spain, working for several Spanish magazines together with Pedro Alférez. Like many Spanish artists during the Franco regime, he migrated to France in 1954, where he illustrated comics for various magazines and newspapers. In 1975, he teamed up with illustrator and scriptwriter Christian Godard to work on what would become his most famous creation, the science fiction comic ‘Le Vagabond des Limbes ‘. They also collaborated on a number of other projects and set up the publishing house Vaisseau d’Argent in 1988. After its closure in 1991, the authors joined the Dargaud publishers. In 2004, Ribera started ‘Montserrat – Souvenirs de la Guerre Civile’, a series based on his childhood memories of the Spanish Civil War. 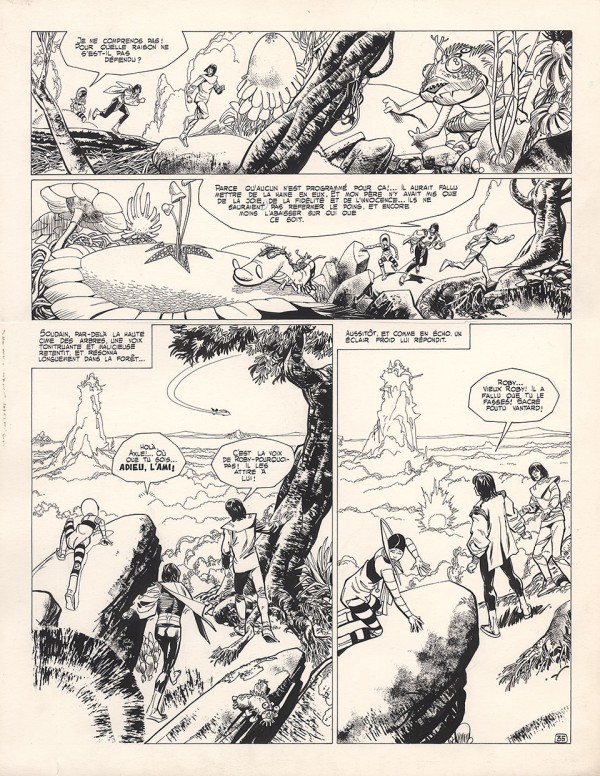