After completing his studies at the Académie Royale des Beaux-Arts in Brussels, William Vance (born William van Cutsem, 1935) first worked in advertising, where he perfected his drawing skills. His career in comics started in 1962 with the publication of his illustrations in Tintin. Shortly after, in 1964, he started his first series, ‘Howard Flynn’, in collaboration with scriptwriter Yves Duval. His immense drawing potential was revealed in the western series ‘Ringo’, which was published from 1965 to 1968. His drawing style makes smooth moves between clean, sharp realism and sketching, infusing his  work with signature dynamics and a great artistic lure. He emerged as an outstanding artist with ‘Ringo’, a series of a relatively short life, and his other works in the 1960s, but it was not until 1984 with XIII, an espionage series filled with intrigue, action and exotic locations, that he became known as one of the leading comics artists in Europe. 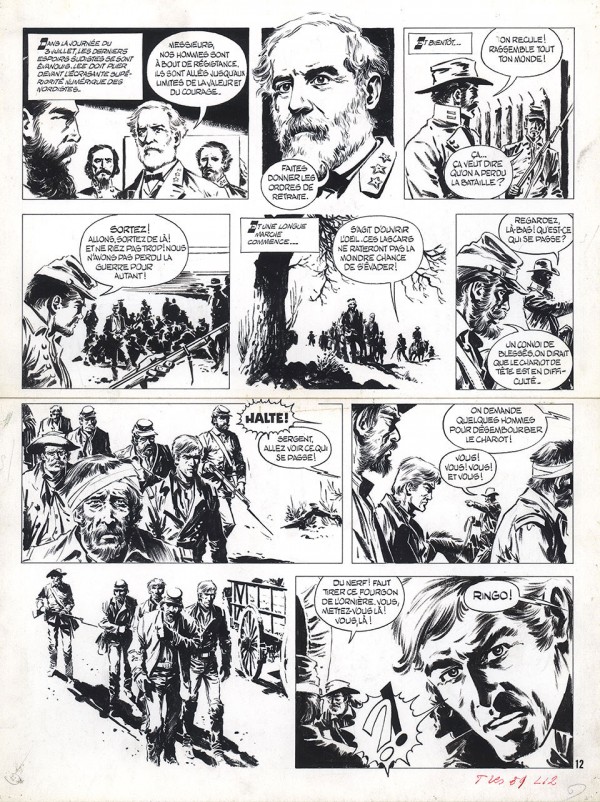